My Interview with Alone In The Labyrinth

Short but sweet, Sofinho invited me to his podcast for a chat about my history with board and roleplaying games; Free Kriegsspiel and whatever the heck it means; the beats behind Any Planet Is Earth, Weird North, and Galaxy Far Away; and playing RPGs with little kids. All of this led to a larger conversation about imagination, it's training, and how to lean into it with new and old players alike.

I make this post mostly to add the clarifier that DJ Kool's "Let Me Clear My Throat" is my headcanon theme song for Svarku the Efreet from Hot Springs Island, presumably surrounded by breakdancing combustarinos. That's all. 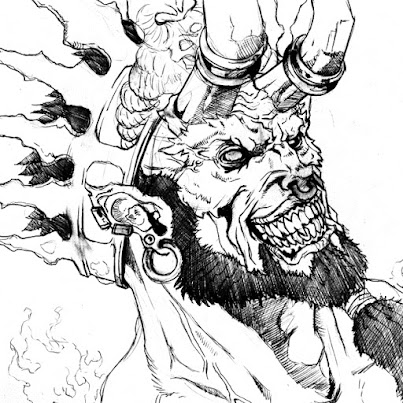 Email ThisBlogThis!Share to TwitterShare to FacebookShare to Pinterest
Labels: Any Planet Is Earth, Caverns of Thracia, fkr, Galaxy Far Away, Into the Odd, RPGs with kids, Weird North 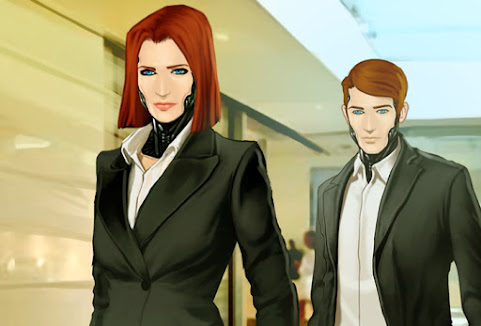 Cars, guns, transcendence--a strong company ethic grows and adapts to meet consumer demand.
What began as a heavy manufacturing business in Germany over a hundred years ago, Haas Industrie transformed from automation process supplier for the European Union to the most profound technology conglomerate in human history. What Jürgen Haas didn't know when he started his production company was that his descendents would learn not only how to play God, but to sell his miracles at a competitive margin.
Cybernetics was always a passing fancy for heavy industry and tech start-ups alike, but what cybernetic interface research needed to truly flourish was a framework which could fully leverage automated intelligence. Anyone can build a tank or a crane or a side-arm, but can they create a self-diagnostic artifical leg which passes for the real thing? What about replacing a damaged central nervous system and making the lame man walk? Can they build a computer so nuanced, it sincerely believes it is human? These were questions which Haas Industrie began to ask after Jürgen's son, Dieter, took over the company after his father's passing.
Limb replacements and augmented implants stepped out of the medical field and into the cosmetic and security industries. Hand-held weapons which could think and see for their wielders became staples for UN peacekeepers in dangerous territory. Subdermal arrays helped not only to combat congenital defects but reinforce the perfection of celebrities' bodies and charisma. The market was always there, but until Haas Industrie entered the scene, it was dry and unanswered.
Read more »
Posted by Jim Parkin at 1:16 PM No comments: