Yes, You Can Resolve Action Without Dice and Do It for Years

A few days ago on the OSR subreddit, a user asked "Why Play B/X?" in the context of many modern games like Into the Odd, Knave, and Mork Borg being excellent at what they do. I had no skin in the game as I have a high regard for B/X and Old School Essentials (though I don't run them), but I got involved in the conversation when the predictable "Sure but you can't sustain an actual campaign" criticism was leveled against the so-called ultralight games currently vogue in the scene.

It continues to blow my mind how often I hear this about rules-light games.

The specific discussion began like this:
I was met with skepticism:
In response, I realize I wrote effectively a blogpost to cover these questions, so I figured, why not just memorialize the conversation as a blogpost? So here we are. Consider this a sequel to How I Run and Play an Ultralight Game.
Read more »
Posted by Jim Parkin at 8:47 AM 3 comments:

"Then the Lord said, ‘My spirit shall not abide in mortals for ever, for they are flesh; their days shall be one hundred and twenty years.’ The Nephilim were on the earth in those days—and also afterwards—when the sons of God went in to the daughters of humans, who bore children to them. These were the heroes that were of old, warriors of renown."

The concept of a mythical giant is present is nearly all world cosmologies, folktales, and spiritual lessons. Somewhere, somehow, primeval man contended with, was usurped by, and watched perish the "heroes that were of old." The Hebrew Anak, the Austrailian Yowie, the Sumatran Orang Pendek, the Celtic Fomorian, the Norse Jotun, the Māori Maero, the Greek Titan, the Hindu Rakshasa, the Japanese Oni, the Lenape Allegwi, the Brazilian Mapinguari... look around in nearly any primeval history or mythological account and you are likely to find a reference to a race of giants closely descended from the gods, set loose in their own ambition to lord over men and rule or harass the natural order established by higher creator deities.

Frankly, we are sleeping on the primeval, antediluvian history of our own planet as what is probably the most hardcore Sword & Sorcery setting for our use in game worlds. We're talking occult cabals, spiritual ritual inhabitation, sorcerer-kings reigning in mountaintop garden strongholds, megalithic architecture, time-lost technology, the fuel of heaven for machines on earth, underworld uprisings, and copious amounts of hybrid godlings running amok and creating culture and empire on a whim...

"Impiety increased; fornication multiplied; and they transgressed and corrupted all their ways."

So it came to pass that the mighty men of renown, hybrids of the spiritual and mortal, consumed the land, ruled it with unquestioned might, and dominated the mere humans who were their lessers. In all races, across all lands, bound up in the epoch which predated judgment by divinity itself, the giant Nephilim of all stripes reigned and conquered and despoiled humanity with heavenly secrets not meant to be shared.

"And the angels who did not stay within their own position of authority, but left their proper dwelling, he has kept in eternal chains under gloomy darkness until the judgment of the great day..."

I once assumed the chaotic and majestic musical universe of GloryHammer was the default setting of Dungeon Crawl Classics, but the more I think about it, the more it could reasonably fit in the Weird North canon without issue.

What do you think?

The moundbuilders fell like a dying star out of time when they came to these wilds. Banished and dispossessed, they fled from their stolen lands in the East and washed up among the beeches and maples of these parts. They set to work quickly, establishing themselves as the new world order from the Great Lakes to the bayou deltas, keeping a special interest in the hillocks and hollers from Chillicothe to Tobaccoville. The Lenape and Shawnee remember, and try not to dwell on the episode. It was a bloodbath.

In history's irony, the moundbuilders perished. Their sorcery and industrial warfare were formidable, but their numbers were too few to last. Tribes came and went. They minded the barrows of their elder enemies to ensure nothing crawled out of the earth. Then settlers shuffled in and laid timbers. The natives were pushed out. Roads were paved and bulldozers flattened the old mounds. Strip malls were erected in their place. As a sleeping lion ought to be left to his rest, this time-lost dirt should not have been disturbed, and now an ancient epoch is coming back to life along the Guyandotte River.

The salt came first, even before the coal. When the hollers were not yet born, the Iapetus Ocean covered everything. Some say the ancient blanket of buried salt keeps what shouldn't be out of the woods. Others say it subtly whispers to the Old Things, inviting them to the gullies and high places across West Virginia.

Down south of Charleston, past where the Kanawha River branches off into the trickle of Loop Creek, are the deep woods cramped-in around nowhere towns like Kinkaid and Artie. This was wild land even before I-64 was abandoned and fell apart under the forest canopy, and now it's all but primeval landscape, peppered with cabins and hunters and things best left alone.

With the excellent aid of Jacob Marks, Weird North is not only formatted for print (finally, I know, I know) but already available for purchase from Lulu.com as a high-quality stapled softcover digest book. It's quite nice. As always, "WELCOME15" should work as a discount code, or the other various-and-often discount codes which Lulu spits out on the regular. 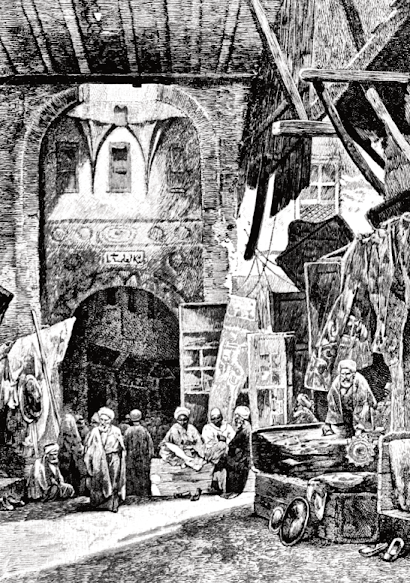 Three Statlines for All NPCs

Jack made it clear that you can just use bears.

I utilize this all the time in general handwave fashion, but when I specifically run Into the Odd/Weird North/Cairn/Monolith etc, I've landed on a three-tier measure of NPC power so as to better represent varying tactical levels of possible encounters. It's not rocket science, and it's not perfect, but it's what I do and it's been nigh-on effortless for me for years now.

There are three NPC statlines, and that's it. Ever.