Three Statlines for All NPCs

Jack made it clear that you can just use bears.

I utilize this all the time in general handwave fashion, but when I specifically run Into the Odd/Weird North/Cairn/Monolith etc, I've landed on a three-tier measure of NPC power so as to better represent varying tactical levels of possible encounters. It's not rocket science, and it's not perfect, but it's what I do and it's been nigh-on effortless for me for years now.

There are three NPC statlines, and that's it. Ever.

Star Wars Faction Write-Up, Inspired by a Board Game 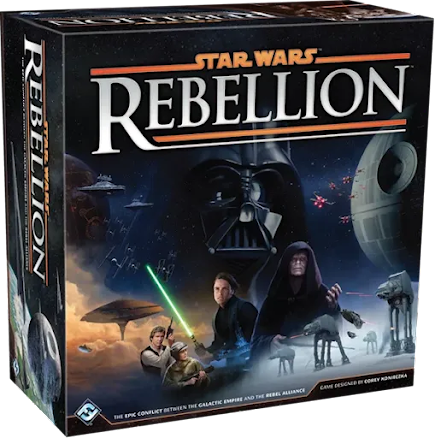 This, right here, is one of my all-time favorite board games, packed so full of chrome and drama that you can rewrite the Original Trilogy with a single play. This is not a post, however, about the board game, nor the similarly-styled and eponymous computer strategy game which came before it. This post is about how my friends and I played this video-game-turned-board-game in order to inspire the setting for our tabletop adventure game campaign. Layers.

The same new Galaxy Far Away campaign which I mentioned last time (including the example of real play therein) came about when I pitched "Star Wars D&D" to some guys I mentor on a regular basis. Both of them have played Rebellion against me many times, so one of them said "hey, what if we play again and whatever the outcome of the end-game state is, that's the prompt for our Star Wars RPG setting?" It was a stroke of brilliance, and it led to a near-five-hour haul to reach the natural conclusion of play. And hoo boy, did we end up with a compelling springboard.

Fantasy Flight Dice with Galaxy Far Away (and other thoughts)

For as often as I run my games diceless (or nearly so), I do really enjoy dice. I promise.

I started up a new local Galaxy Far Away campaign just over a week ago, and I realized I did not take a liking to the standard opposed 2d6 resolution that I originally penned for the game. Maybe it's because using d6 in Star Wars should belong with West End Games' timeless take on the genre, or maybe because I tend to find traditional opposed resolution less and less compelling these days.

I have grown stale on finding out if something happens or not. Instead, stuff always happens. The question is not "does it happen?" but "how?" and I'm finding that said qualitative result generation is much more interesting than pass/fail. I'm not reinventing the wheel here, as the whole "yes, and" or "yes, but" style of adjudication easily traces its origin back to many storygame oracles and even further back into the distant, halcyon days of the hobby and its adjacents.

The point is, I am really quite taken with Fantasy Flight Games' "narrative dice" which they first debuted for Edge of the Empire and later more generically with their Genesys system, and I want to adapt them for Galaxy Far Away.

It's that time again--secret jackalope! Magos of the Mind#1349 wants "Beyond Humanoid: or guidance for playing something without hands I guess. Can be something like the "Really Good Dog"* glog class or something more original/alien."

We take it for granted that we have two average human hands. You can eat a sandwich, fold your clothes, and stare at your smartphone for much more time than is necessary with typical hands. Take those away, and you get all sorts of curious different conceptions of everyday ambulation and motor control.

So what do you do without hands? Are you like Zacian, from Generation VIII Pokemon, who is a superpowered dog that holds a straight-up legendary sword in its mouth? That is, admittedly, quite rad. 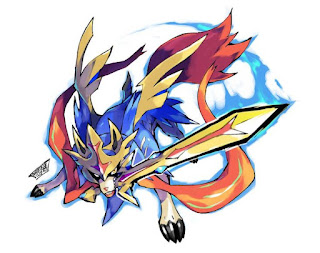