Okay, free kriegsspiel (FK) is shorthand for "ancient school" RPG theory. That is, how were role-playing games played before role-playing games were published and "official"? What did they look like before D&D etc showed up in the early 1970s? In a very modest nutshell, tabletop wargames in the 1800s ("kriegsspiel," in German) slowly evolved to a point where military strategists realized that a neutral referee (the "umpire") could help arbitrate fog of war and interpretation of rules, making the game/simulation far more flexible and realistic. These umpires translated hard rules into "free" rulings, hence "free kriegsspiel." 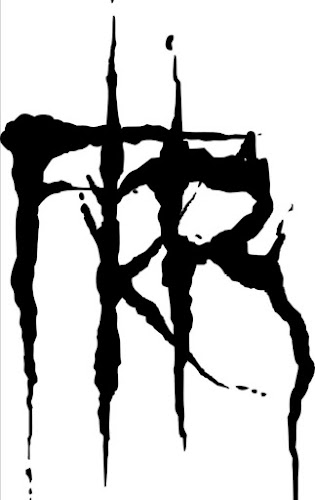 Like the OSR writ large, fans of FK games have always been around since their first inception, but they're also coming out of the woodwork in greater droves these days, myself included. Heck, I designed Any Planet Is Earth before I knew what "FK" was, but it is thoroughly in the same school of thought and design intent, and has gone on to be enjoyed and appreciated by many of the ur old schoolers themselves. In the last few months, the "Free Kriegsspiel Revolution" (FKR) has taken to Discord and the broader blogosphere to such a degree that I thought it prudent to provide a general summary of the philosophy. Here is the quick bullet-list of what makes FKR games what they are, and why they're so cool.

- Numbers don't add up to a game. Many FKR games are based entirely in description and realistic intuition, and have little commerce with numbers, "stats," and the like. A character might be "strong" but they don't have "STR+3." A keyword description suggests a relatable and diegetic meaning, while a number with a plus sign does not.

- If the fiction fits, try it. The game and its world are responsible and internally consistent, not because they are constrained by regulation, but because they are enjoyed by earnest and thoughtful people. It requires buy-in and willlingness. Players trust the referee to make rulings. Referees trust players to be bold and clever.

- You play worlds, not rules. Have you read Brideshead Revisited? The Wizard of Earthsea? Foundation and Empire? Any captivating novel, regardless of timeframe, setting, or genre? Well now you can run a full FKR game based on that book. You don't need an RPG sourcebook because all books are now sourcebooks. All television shows are sourcebooks. All movies and songs and comics and memes and medical brochures are now sourcebooks.

At its heart, FKR suggests that the world is a real place, the players/characters can act in any way which reasonably interacts with the fictional environment, and that narrative concepts reign over and above numbers and abstraction. John Ross sums this up wonderfully with the term "Tactical Infinity":

The freedom of the Player Characters to attempt any tactic to solve a problem, subject to the adjudication of the Game Master.

Typical FKR games simply proceed as the players and referees describe. If there is chance, perhaps you roll opposed 2d6, or roll 1d00, with anyhing 80- being bad news and anything 80+ representing a critical boon. Maybe the referee and player don't have control of the narrative unless they win the dice contest. Maybe you succeed at your risky 2d6 endeavor on a 9+, or 7+ if you have any realistic advantage?

The point is that the rules are not the crux of the game. You can have a rich, trusting game experience with little more than "you've got three hits and can roll 1d6 when things go south," as the entire game system. The point is that you enter into a world and treat it as reflexive, malleable, and responsive. You're actors on a stage not contrived by guidelines, but by actual roads, fences, scenic byways, and other travellers. You sit down to play a game with your peers. Don't bring your splatbooks, classes, and modifiers. Bring your imagination and the daydreams you've had since reading the Prose Edda.

- "Back To Really Simply Roleplaying" by Darkworm Colt

- "Less Rules To Do More: Wounds" by Aboleth Overlords

Email ThisBlogThis!Share to TwitterShare to FacebookShare to Pinterest
Labels: Any Planet Is Earth, fkr, game theory