RPGs with Kids, 5: Push the Button

My boy and I had an awesome follow-up session to our maiden voyage of Galaxy Far Away.

Last time, the crew of the Brave Eagle (Ithak, Jenssi, Dash, and 10-N) knocked over a supply depot held by Imperial troops in order to jack some contraband tibanna gas for use as Rebel hyperdrive fuel. There were some rigged explosions, burgeoning Force powers, and a funny conversation with a stormtrooper in an elevator. Ultimately, Dash got shot (but recovered!), and the Brave Eagle returned to the moon of Corellia where Commander Suto gave everyone a word of congratulations for the mission. Most importantly, my young son, Ted, had a wonderful time playing Star Wars.

For the next session, Suto tasks the crew with finding a refinery to process the tibanna gas into actionable fuel for Rebel ships. A tip-off leads to Onderon across the Inner Rim from Corellia where another operative, Janna Kor, leads a recon group. Janna is a seasoned Rebel who has a heavily-modded A-Wing at her disposal, and is currently assigned with R2-D2 (Ted's request!). She often zips around the planet spying on Imperial operations and looking for weaknesses. Ithak (Ted's main character) hits it off with Janna quickly, and the two put their heads together to make a daring plan--use the tibanna gas as an explosive, blow up the biggest Imperial refinery on Onderon, and steal all of their fuel. All I had to do was let slip to Ted that tibanna gas is very volatile and can blow up, and the rest of the plan was all his. 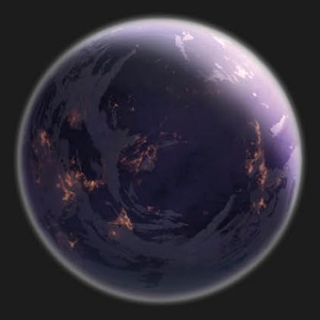 My favorite take on Onderon was from Knights of the Old Republic II.

The crew stakes out a cantina where many off-duty stormtroopers spend their time unwinding. 10-N and R2-D2 hide out across the boulevard and listen in on comm chatter with Dash on point. Ithak and Jenssi walk in and buy an appetizer for a trooper at the bar. They have a nice enough conversation and he mentions how annoying it is to be on guard duty for the refinery when all he gets to do is chase off wild animals who scamper in through a broken grate in the rear wall. He's upset that no one gets around to fixing it.

Taking that cue, the crew sneaks in through the broken grate and meanders up a drainage tunnel to find a small computer panel in a side-passage. There's a door across the way with a window through which they can see a number of Imperial technicians at work. 10-N slices the computer without issue but can't unlock the doors without a passcard. Instead, he triggers a lockdown alarm which allows for enough distraction to break the door in. The crew can hear all sorts of commotion in the complex, but they break in and follow the fleeing technicians upstairs, where they find a power station, a door to the landing pad (complete with multiple TIEs and a Gozanti cruiser), the command room, and a fuel repository.

Jenssi gets Janna on the commlink and has her ready a pick-up. Ted says "things are about to get good, dad!" and has Jenssi and Dash plant the rigged tibanna explosives in the power station while Ithak and the droids head to the comman room. Inside is an elite stormtrooper commander, who quickly locks down the situation and holds the trio at blaster point. Ithak tries to reason with him but the commander won't back down. Seeing no way out, Ithak whips out his blaster and tries to use the Force to nail the elite trooper and cover the crew's escape. He rolls 8 against my 5, and the shot hits as intended. The commander is knocked out after clunking against a control console, and 10-N quickly grabs his passcard and uses it to scramble communications and lock all of the Imperial troops inside the complex.

Dash signals for Janna to swing over with the Brave Eagle, and the crew loads up a bunch of top-tier refined fuel from the Empire's own reserves while the troopers are locked in their barracks. A few of the Imperial ships read the writing on the wall and begin to load for departure, but the crew gets out in time to swoop away in their YT-2400 as Jenssi whips out her detonator. "She pushes the button, dad!" Ted says with a maniacal smile on his face. The refinery explodes, sending hails of fire and debris all over the Imperial garrison. The Gozanti cruiser attempting to escape is caught in the blast, exploding spectacularly. With literal tons of fuel in the hold, the Brave Eagle departs for Corellia along with Janna in her cool A-Wing, ready to join the Rebel cell after dropping off R2-D2 on Alderaan.

So, a few take-aways: